We are responding to the numerous inquiries that we get from our friends around the globe about the refugee crisis in Hungary. While the foreign media focuses on the actions and words of the Hungarian government, we would like to give a glimpse of how thousands of Hungarians are responding, and what we are doing.

Here in Budapest, we see and feel the influx of asylum seekers on a daily basis. Many Hungarians have struggled to know how to respond - these are unfamiliar faces and their problems seem a long way from ours. And it is almost impossible to plan or coordinate efforts as the situation is changing almost hour by hour, as the weather worsens, and governments change their stance abruptly and unpredictably.

Although Hungary has featured in the media around the world because of the controversial actions of the government, we have also seen an extraordinary outpouring of donations, talent and care for refugees: doctors, nurses and medical students have set up voluntary medical centres at the transit stations; musicians play guitar and drums to entertain and lift spirits; students draw and paint faces with kids; translators and interpreters put known information into the right languages; restaurants donate meals; every day countless people give clothes, shoes, blankets, nappies, baby food, sanitary towels, sun cream, medicines, mattresses, tents.

And this happens every day at multiple places around the country, pretty much all done and organised on a voluntary basis: Hungarians, Poles, Czechs, Slovaks, Austrians, Germans, Romanians, Americans, British, Syrians, Afghans, and many other nationalities. And the assistance is not just one way, as the refugees demonstrate their patience and kindness alongside their strength and their willingness to trust us. 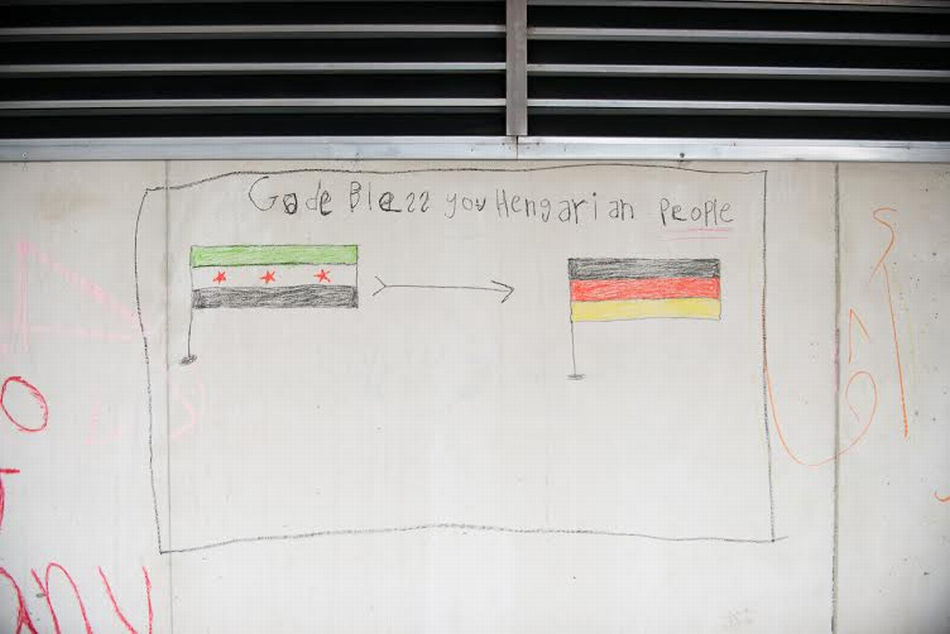 We are a nascent community foundation movement in Hungary with a national support organisation, one operating foundation, and six community foundation organising groups across the country. On a personal level, many of us have been helping out and volunteering with the aid groups. As an organisation, we have signed a petition along with other civil society organisations to call on the government to tackle the refugee crisis humanely. But we are not yet clear what our role should be over time. Ferencváros Community Foundation organises fortnightly meetings for community leaders to talk about their work and ideas: on the last few occasions there has been somebody who talked about their volunteer work with refugees to give a real sense of what’s going on and bridge existing divisions about refugees in society.

At the moment I think what is really needed is respect, understanding and a ‘normal’ hospitality within Europe and across the world. We promise to keep you informed, and to answer any personal messages you send.