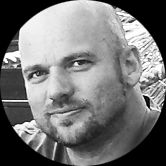 After studying at Budapest University of Economics for International Relations I found my calling in the field of business journalism. I did work for the online newspaper platforms like [origo] and FigyelőNet and am now with ado.hu.

As I live in the district of Ferencváros in Budapest it was just a question of time to meet the local community foundation. Having had little contact with the civic sphere before, I quickly supported them as supporter and volunteer. The culture-forming concept of a community foundation and its practical approach was very convincing for me; from there it was just a short step to become part of the KözösALAPON program. 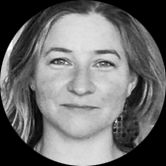 Social development professional. She became familiar with the concept of community foundations in 2009, and convinced that these new, independent, community-led local institutions which support local initiatives from local funding sources will play a stop-gap role in Hungary in the future. Besides her involvement with community foundations, she has been active working with local and small communities, initiators, groups and NGOs in various capacities. She is a project manager at the Foresee Research Group, a member of the Hungarian Association for Community Development, a trainer of the Civil College Foundation, a founding member of the Roots and Wings for Development and Change, the chair the Ferencváros Community Foundation, and the board member of the European Community Development Network (EuCDN) representing Hungary. Her professional approach is characterized by solidarity, community and participation as target values, as well as respect for change and the acceptance of its unpredictability. What she looks for in life are cooperation with others and opportunities to create together, as well as achieving a balance between your dreams and actions. She lives in Budapest with her family. 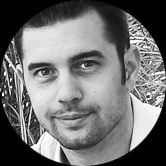 Mátyás is economist with a degree in public sector management. He arrived from the business sector to NGO’s world. He met first time with the community foundation concept in 2013 through CFSP and started to work in the team. 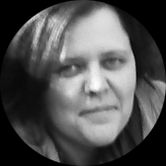 Edit was born in Budapest where she still lives with her family today. Her professional qualifications are in the areas of social, cultural, and rural development, as well as community and civil studies, and she thinks that this diversity well reflects her desire to develop a complex understanding of things in life. The focus of her professional work are working with change and promoting conditions for renewal. She worked for fifteen years as a community development professional at the National Methodological Centre of the Hungarian Institute for Culture, promoting civil society and interdisciplinary cooperation primarily in small communities. She has been a member of the Hungarian Association for Community Development since 1998, and its president since 2011, and in that context has taken part in the in the development and implementation of a range of nationwide programmes supporting community initiatives. She teaches an MA course in Community and Civic Studies at the Department of Social Sciences at the ELTE University of Budapest. She is a founding board member of the Ferencváros Community Foundation and she is convinced that we need to establish more and more of these local support organizations. 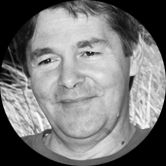 Tamás has worked in the nonprofit sector for more than 20 years. He has been involved in the community foundation field in Hungary since 2005 in different capacities, including promoting the community foundation concept in the country and strengthening international relations. He is founder of the Ferencváros Community Foundation, the first community foundation in the country. He is the leader of CFSP. He considers a gift of his professional career that he was able to work at the local, national and international levels. He finds it mind-blowing (inspiring, enthralling) that people want to improve their lives without much obvious reward.