You can download the short annual report of Roots and Wings Foundation from here.

2017: A Remarkable Year for Community Foundations in Hungary

2017 is the year of the community foundations in Hungary, as three brand-new foundations take off, supported by KözösALAPON – the Roots and Wings Foundation’s Community Foundation Support Programme.

Along with Hungary’s first foundation, these have been created because people love their communities, and want to make improvements through their energy, skills, money and time. In a country with widespread disillusionment regarding engagement with complex issues, there is excitement about creating transparent, credible institutions that enable diverse people to work together for the betterment of their community.

The Community Foundation Support Programme [CFSP] was launched in 2013 by the core group that had started Hungary’s first community foundation in Ferencváros.

The CFSP was set up to provide tailor-made financial and capacity-building support to other communities wanting to develop their own foundations.

The CFSP sees community foundations providing a model for civic action and engagement, especially important when the credibility of nongovernmental organisations is questioned. Amid an evolving and at times uncertain political climate, the CFSP puts community engagement first, providing locals with the tools and opportunities to build independent organisations with voluntary contributions, to spur long-term local development.

Since its inception, the CFSP has provided professional support to seven groups working to establish community foundations. As of 2017, three foundations are graduating from the CFSP’s set-up process. 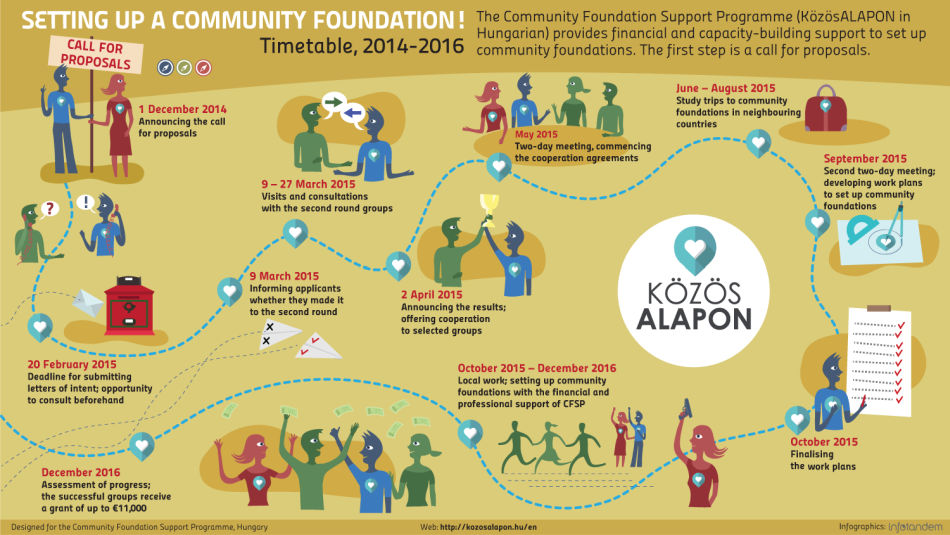 A central district of Budapest, Ferencváros has a diverse, vibrant population of 55,000. In the last 25 years, some parts of the district have benefitted from extensive urban regeneration programmes while others have fallen behind. Issues of concern include growing inequality and stresses on education, housing and employment.

High-profile events and visible campaigns have helped the foundation to establish solid roots: 85% of its income in 2016 came from local sources. The number of donors and volunteers has increased substantially, and relationships have been strengthened with locals, SMEs and institutions.

With a ten-fold growth in income over five years, the Ferencváros Community Foundation has developed during a time of economic stagnation in an increasingly centralised state. It provides a model that works in Hungary – with a clear emphasis on partnering with local stakeholders, and engagement from its board and volunteers.

Since 2015, the CFSP has supported the Ferencváros Community Foundation’s staff, operational and events costs, providing stability, greater capacity, and the ability to plan ahead.

The vision: A Nationwide Movement

The progress of the Ferencváros Community Foundation provides an example of the dynamic growth that other community foundations could enjoy, with the right support.

Having shepherded the new groups through the initial setup phase, the CFSP will be providing extensive assistance as they develop. It will also be looking for ways to work with new organising groups, to further expand the reach of community foundations across Hungary. 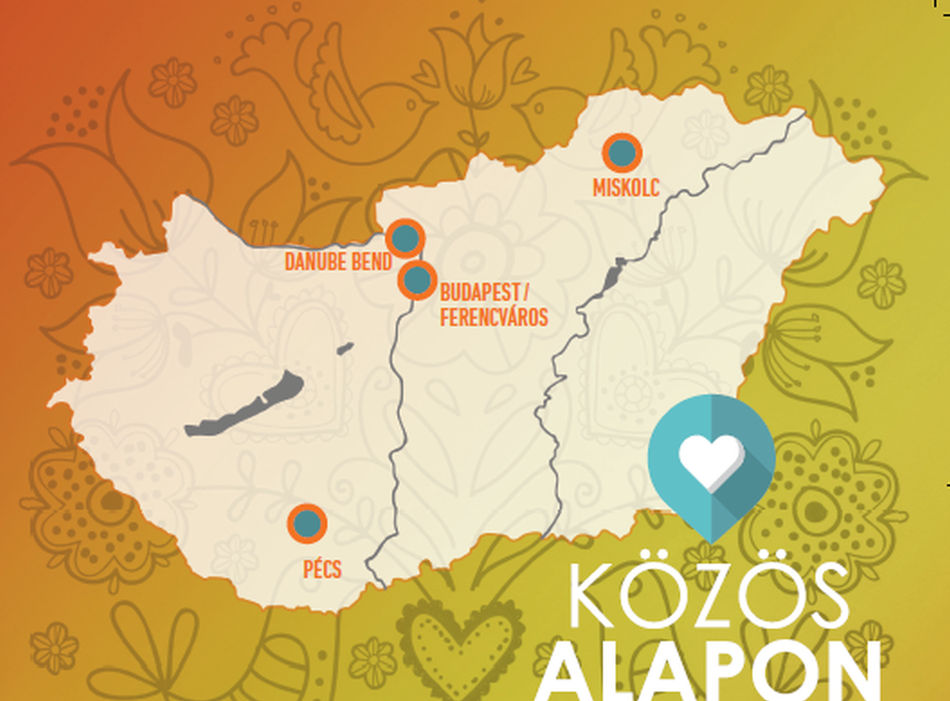 The main city in Hungary’s southwest, Pécs is still recovering from the end of mining and heavy industry, which saw the population drop from 170,000 in the 1990s to 150,000 today. Against this backdrop, the newly-registered Pécs Community Foundation is designed to strengthen solidarity, grow community activity, and reduce social inequalities, putting great emphasis on local identity, community decision-making and becoming a leading force to think about the future of the city.

The fourth-largest city in Hungary with a population of 161,000, Miskolc has been an important commercial hub for centuries, and more recently a centre for heavy industry. The end of this industry has seen the population fall and unemployment increase. The purpose of the Térerő Community Foundation for Our City is to develop a culture of philanthropy through promoting the direct participation of donors in allocating funds, and giving out “hot grants" to support work around rapidly emerging issues with small amounts of money.

This region north of Budapest, along the Danube and the Isle of Szentendre, is host to five nationalities which have lived together for centuries, with more recent arrivals from Budapest. There are 13 settlements in the catchment area of the Danube Bend Service Community Foundation. Registered in 2016, the foundation seeks to strengthen the identity of this multicultural community by supporting projects aimed at the preservation and re-interpretation of local traditions, natural and cultural heritage, the engagement of young people, as well as events that demonstrate or promote local cooperation.